Ngannou, nicknamed ‘The Predator’ showed his killer instincts at UFC 249 when he knocked out his rival in just 20 seconds after a clubbing left hook.

Having been called out by the Surinamese fighter for several months, Ngannou’s cool and calm exterior perhaps belied the frustration brewing beneath the surface.

And the one man who knows all about that recognised the greatness on display in Jacksonville, Florida.

The 53-year-old forged a career out of destroying opponents during his reign of terror in the 1980’s as he left top heavyweight contenders and legend on their backs.

@Francis_Ngannou is a SCARY, SCARY human being! #UFC249 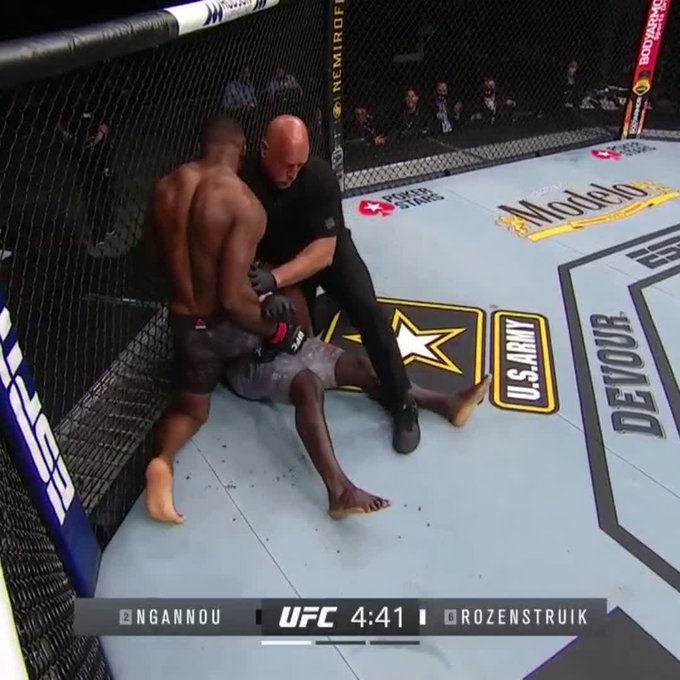 402 people are talking about this

Interestingly, growing up as a child in Cameroon, Ngannou was a huge fan of ‘Iron Mike’ and even wanted to emulate his career inside the boxing ring.

He may yet become a UFC heavyweight champ with his genuinely freakish power.